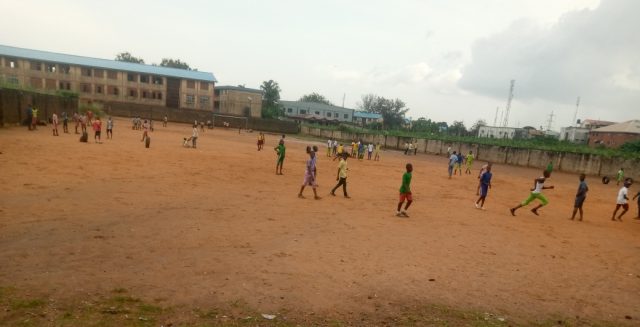 Apparently determined to sustain the round leather game in the community, WAM Football Academy has called on the Lagos State Government to build a mini stadium in  Isolo Local Council Development Area LCDA in furtherance to promote grassroot soccer.

In a letter signed by Wiliams Ayodeji Michael, Chief Executive Officer, CEO, WAM Football Academy and sent to the Commissioner for Youth and Sports Development, Lagos State, disclosed that the move of establishing a mini Astro turf pitch would help reduce youths unrest in the community and to actualise the potentials of young soccer lovers.

Ayodeji reiterated that the creation of a mini stadium for residents and youths  of Isolo will also attract foreigners to scout for young talents.

“We believe in engaging youths through football and to direct their paths to become professional footballers thereby curbing crimes to barely minimum in our society and we believe that having a mini Stadium in lsolo LCDA by Lagos State will bring positive dreams come through and youths restiveness will vanish in our society, he said.

The CEO in a chat also called on multinational organisation under the LCDA to support the youths in actualising their dreams through support that could come by way provision of crested jerseys , footballs , and other equipment that would further standardise the training process of players.

According to him, letters have been written to Sifax Group, Promasidor Limited , Fidelity Bank and other notable firms within the community.

Ayodeji maintained that such support from the conglomerates will go a long way in the movement of grooming young and talented footballers from Isolo and Lagos State respectively.

The ex international reiterated that WAM Football Academy will not relent towards ensuring that young  talents between the ages of six and fifteen are engaged in the field of soccer but lamented the absence of standard or mini stadium within the community.

He noted that with the support from the state government will aid in preparing the children for the future adding that some of the areas where football are played regularly in time past have been sold out to individuals and companies.

The soccer enthusiast further called on the Local Government Area and LCDA Chairmen respectively, to emulate the kind gesture of their counterpart from Ajeromi/Ifelodun Local Government Area who had established four Astro turf pitches for youths of the community, saying “Ajegunle is known for football and the Chairman over there ,Comrade Fatai Ayoola is doing wonders for them”.

On his part ,Director of Sports, WAM Football Academy,Mr. Joel Farinloye maintained that establishment of a mini stadium by the government within Isolo LCDA would create wealth for families  because according to him, children, teens and youths in the community who are groomed by the academy ,have what it takes to play for the country and foreign clubs.