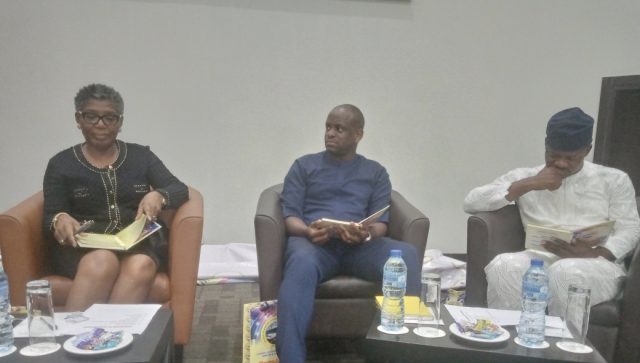 The Council for Maritime Transport Unions and Associations (COMTUA) has inaugurated a new Board Of Trustee members, as part of strategies to strengthen trucking business of the maritime industry.

The newly selected BOT executives have Moruf Raheem as chairman.

Others Ibikunle Baruwa, as Co Chairman, Isiaka Olalere, Deputy Chairman, Kelvin Okechukwu, as coordinator of the board  and Godwin Ikeji as Secretary and .

The trucking group also has included additional two associations into the council in order to further strengthen truck owners collaboration in maritime business.

Speaking on Friday at the COMTUA Annual Congress 2022 in Lagos,National President of the trucking group, Comrade Adeyinka Aroyewum recalled that a new crop of executives emerged and as the new leadership’s sojourned under his watch, it has not been a bed of roses but affirmed that hard times don’t last.

The National President said despite the hurdles , COMTUA has also achieved so much in the midst of the difficult times adding that

Aroyewum noted that the collaboration among various transport groups was borne out of the many difficulties facing smooth operations of maritime transport in Nigeria , noting that the multi dimensional natural and artificial problem led to the coming together of all parties involved in the COMTUA vision.

On his part , Special Adviser to the Governor of Lagos State on Transportation, Mr. Sola Giwa disclosed that the Sanwo Olu administration has approved the recognition of COMTUA as umbrella body to regulate members.

Giwa called on COMTUA executives  to bring every associations and unions in maritime transport together in furtherance to speak with one voice in achieving greatness.

Giwa was represented by Engr. Olasunkanmi Morenikeji Ojowuro, Assistant Director, Transport Operations, Ministry of Transportation,said the red and blue rail lines will be completed between December 2022 and December 2023 respectively.

Prof. Odewunmi lamented that weak transport policies of the federal and state government was responsible for the weak enforcement on traffic laws.

According to him, unification of the unions and associations will break the barrier the logistics chain supply sector of the nation’s economy.