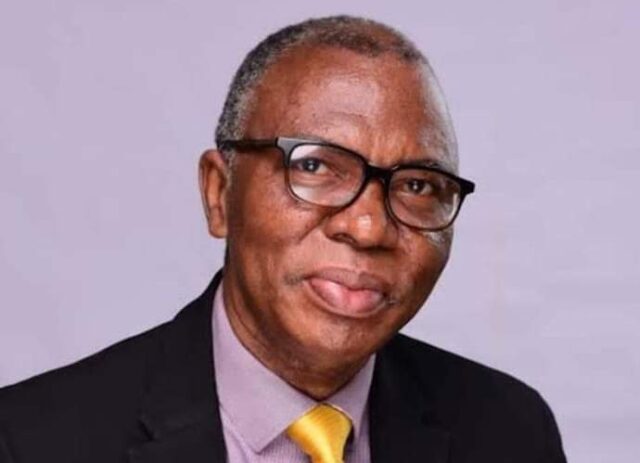 Lagos State Governor, Mr Babajide Olusola Sanwo-Olu has approved the appointment of Professor Olumuyiwa Omotola Odusanya as the substantive and Pioneer Vice-Chancellor of the Lagos State University of Science and Technology, (LASUSTECH), Ikorodu.
A statement signed by the Special Adviser on Education, Barrister Tokunbo Wahab, said the appointment of Professor Olumuyiwa Omotola Odusanya as the substantive Vice-Chancellor of the University takes effect from 29th September 2022.
He stated that it has become imperative to appoint a substantive Vice-Chancellor for LASUSTECH to ensure that there is no void in the University’s leadership and to maintain the necessary stability of the Institution from time to time.
While commending LASUSTECH’s former Ag. Vice-Chancellor, Dr. Nurudeen Olaleye, the Special Adviser thanked him for using his experience and good managerial skills to set the new University on a good track, noting that his efforts would pave the way for the new administration to start on a good pedestal.
According to him, Dr. Olaleye has been directed by the State Government to resume his duty post as LASPOTECH’s substantive Rector for the next three years and two months remaining for him to complete his tenure.
The new and substantive LASUSTECH Vice-Chancellor, Professor Olumuyiwa Omotola Odusanya was born on the 8th February 1965.  He is a Professor of Public and Community Health and a Fellow of the Medical College in Public Health and Community Medicine (FMCPH). He holds a Master of Public Health from the University of Lagos
Until his appointment, Professor Odusanya was a Professor of Community and Primary Health in the Department of Community Health and Primary Health Care in the Faculty of Clinical Sciences, College of Medicine, Lagos State University.
Recall that the State Governor, Mr. Babajide Olusola Sanwo-Olu, at the take-off of the new University, had approved the appointment of the then substantive Rector of the former Lagos State Polytechnic (LASPOTECH), Ikorodu, Dr. Nurudeen Olaleye as the Ag. Vice-Chancellor of the University, pending the selection and appointment of the substantive Vice-Chancellor.
ALSO READ  Gov. Zulum Allocates Land For JAMB’s Computer-Based Test Centre In Borno
Loading...

I Constructed Road To Your House, Wike Slams Amaechi