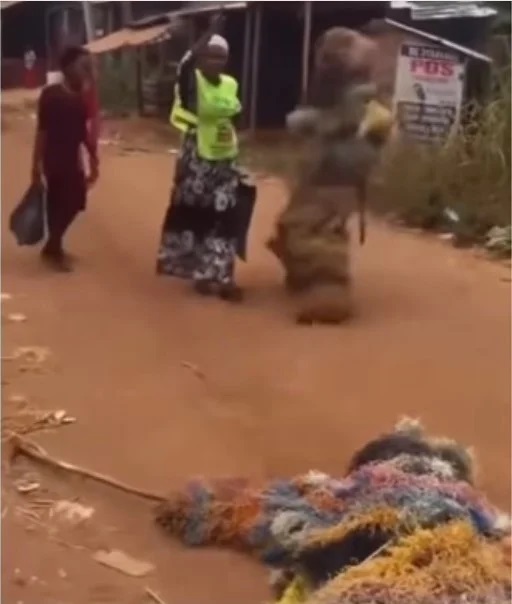 A video has emerged showing an evangelist of the Lord’s Chosen Ministry engaging in an argument with masquerades.

It happened that the masquerades accosted the evangelist’s team in public, leading to a standoff.

Following the encounter, the evangelist was seen trying to force the masquerades to give their lives to Christ.

In the video, the two masquerades could be seen harassing a young lady who was with the preacher and when she saw that they did not want to let her go, she began to pray fervently.

It looked as though it worked as the masquerades played along, making the evangelist to intensify her effort.