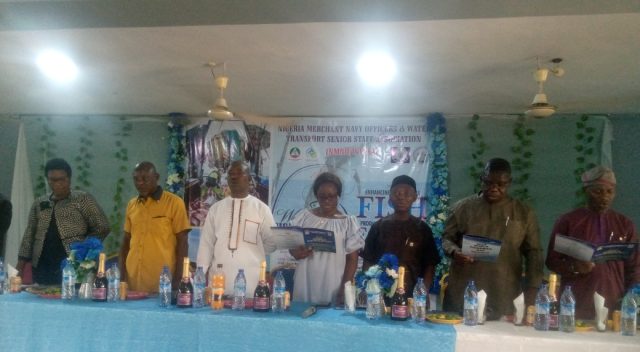 The World Fisheries Day is celebrated on the 21st  November and the Trade Union Congress TUC affiliate association was the first organisations to host critical stakeholders in the fishing and trawler owners business in furtherance to commemorate the year’s event.

The event was introduced in 2018 and its celebrated by people whose livelihood depends on fisheries. As at 2018, top ten countries with the biggest fisheries harvest were China, Indonesia, India , Vietnam, USA,Russia,Japan, Philippines ,Peru and Bangladesh.

World Fisheries was established primarily to draw public attention to the most pressing challenges that the world fishing industry has to face as well to bring together stakeholders to find ways to solve them.

The main problem facing fisheries around the world is resource depletion caused by overfishing, water pollution and climate change. According to Food and Agriculture Organisation (FAO), estimates about one third of world fish sticks as subject to overfishing.

Some government of the world have introduced fishing quotas and other restrictive measures to combat overfishing but they are two inherent problems with quotas . First, they need to be adjusted each year second, they can be undermined by illegal fishing activities.

The 2022 edition with theme “Enhancing Sustainable Fish Production For Improved Food, as put together by the union, had in attendance- top officials from the Federal Department of Fisheries and Aquaculture , Ministry of Agriculture, International Transport Workers Federation ITF, Institute of Oceanography and Marine Research (NIOMR) , seafarers , traders and the Nigeria Trawler Owners Association NITOA in attendance.

Speaking in commemoration of the event, National President, of the union, Comrade Bob Yousou stated that history has been made because Nigeria is celebrating the global event for the first time since inception five years ago.

Engr. Yousou reiterated that union decided to throw its weight behind the event and to embark on the laudable initiative adding that” As it has always been in the character of our visionary administration to ensure the culture of professionalism and international best practices is the status quo that practitioners in the sector should professional adhere to immensely.

He noted that the event was an avenue to gather major stakeholders in the formal and informal sector , pointing out that they are major contributors to the value chain of the fishing industry in order to discuss and proffer solutions to the numerous challenges affecting the business.

According to him, there was the need for the public and private industry to synergize and engage seasoned professionals or erudite scholars in the maritime sub fishing Industry to deliver essential and relevant topic that would build capacity for seafarers aboard ships.

Yousou added that “A sustainable fishery is one that is harvested at a sustainable rate,so that the fish population doesn’t decline over time.

To achieve this,  according to him, fisheries management combines population dynamics and other theoretical disciplines with practical strategies must be put in place for renewable aquatic resources.

Highpoints of the event was the lectures delivered by notable agencies of government that regulates fishing activities in Nigeria and ITF representatives in Nigeria.